Home / Five of the Biggest E-Commerce Sites in China 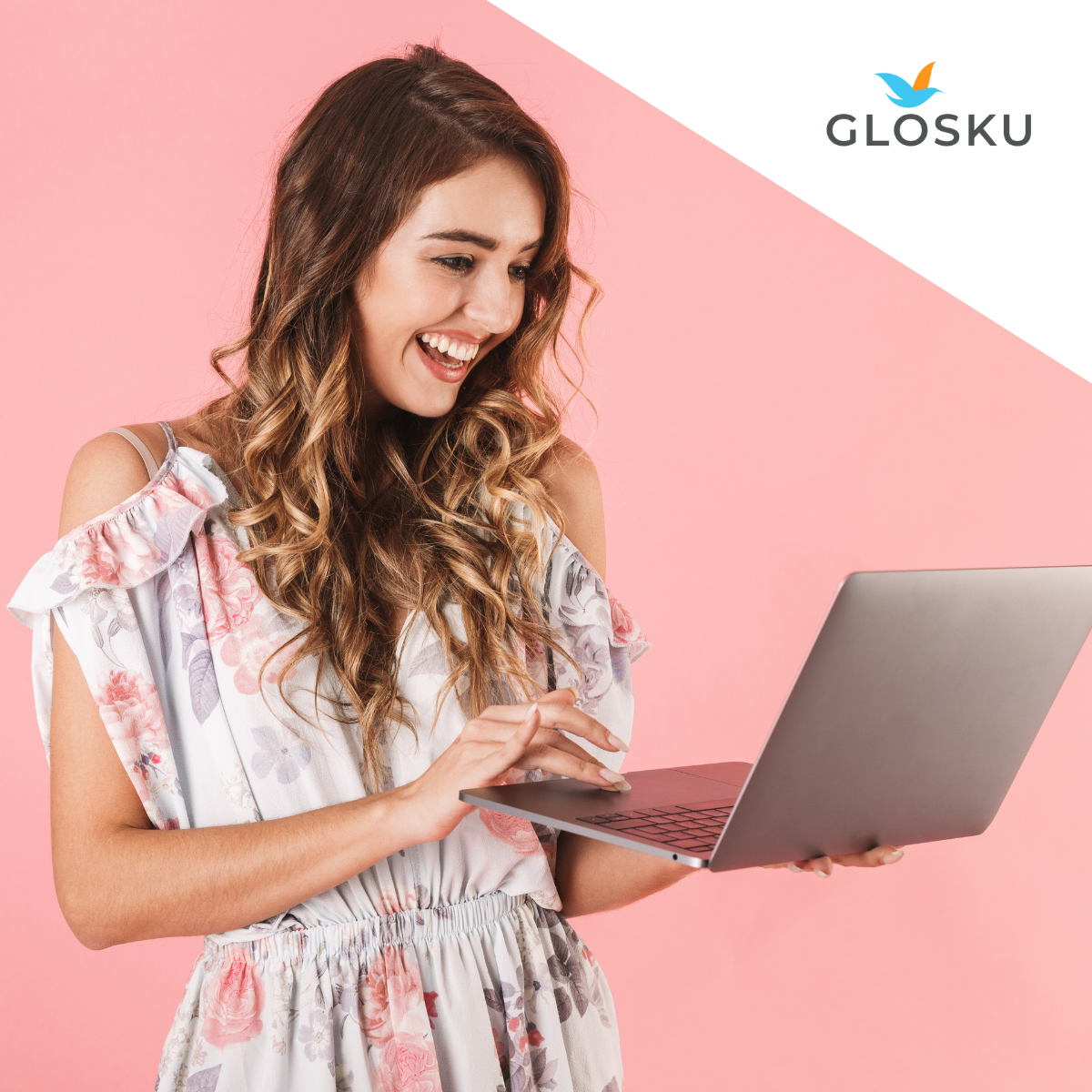 Taobao
Year Founded: 2003
Estimated Monthly Traffic: 300 million
Taobao has been the biggest e-commerce site in China since then. This status has been achieved all thanks to the great competition given by eBay an American multinational e-commerce company that is also now continuing its colossal operations across the world. Taobao was also responsible for the existence of Alipay — one of China’s major payment systems.

Pinduoduo
Year Founded: 2015
Estimated Monthly Traffic: 280 million
Despite not being exposed for too long in the e-commerce scene, Pinduoduo has made its way to becoming one of China’s biggest e-commerce companies of all time. Pinduoduo has also been a great playground for innovations in the e-commerce industry such as team purchases, social commerce programs, and the C2M business model.

JD
Year Founded: 1998
Estimated Monthly Traffic: 170 million
Another challenge when it comes to the e-commerce industry. This e-commerce giant has been in the scene for almost 30 years. JD has been on the lookout for the latest advancement in technology such as AI-driven vehicles and drones. And although these are still in development, JD has already owned the biggest drone delivery infrastructure in the world.

Tmall
Year Founded: 2011
Estimated Monthly Traffic: 100 million
Probably the youngest on the list, Tmall may have been the latest to start but it was never a hindrance for this e-commerce giant to become China’s most popular e-commerce site, while it ranks third in the world. It also became the biggest Chinese cross-border marketplace not long after it released its branch called Tmall Global.

Xiaohongshu
Year Founded: 2013
Estimated Monthly Traffic: 50 Million
Founded 9 years ago, this e-commerce giant started as a community of people who discuss their thoughts and reviews about certain restaurants, places, and products bought online. This is where it became a very useful website for people that are still torn between buying a product or not.

These companies truly have made our shopping experience easier, and for sellers, having e-commerce sites this big will give them time, effort, and energy looking for people who can buy their products. Instead, people will be the ones who will come for your product and have their first purchases with your business completed.

Asia is home to some of the largest e-commerce economies in the world, with China leading the list. But if you’re not yet ready to enter the lucrative economy behind the great wall, there are still a lot of countries to consider. Aside from the Chinese market, Asia has more giants in the e-commerce industry, one of which is China’s neighboring country, Japan. But what are some factors that make Japan an attractive destination for businesses looking to establish themselves in the e-commerce industry?

Japan is a technology powerhouse, and its consumer market is no exception. With tech-savvy and online-friendly shoppers, it’s the perfect playground for e-commerce businesses to flourish. Imagine the possibilities and opportunities waiting for you in the land of the rising sun, Japan’s e-commerce market is one not to be missed!

Japan is the ultimate delivery dreamland for e-commerce businesses. The country’s logistics and delivery infrastructure are second to none, ensuring that your products reach your customers in a timely and efficient manner. Whether you’re selling physical goods or services, Japan’s delivery capabilities will make sure your customers stay happy and satisfied.

High levels of trust and security

Japanese consumers have a high level of trust in e-commerce businesses, which makes it easier for businesses to operate in the country. This is partly due to the strong emphasis on security and privacy in Japan, which creates a sense of trust among consumers when they make online purchases.

The e-commerce market in Japan is growing rapidly, with many consumers turning to online shopping as a convenient and cost-effective way to purchase goods and services. This creates a lot of opportunities for businesses to expand and grow in the Japanese market.

While e-commerce is growing in popularity in Japan, there is still relatively low levels of competition compared to other major e-commerce markets such as the US and China. This means that there is still a lot of room for businesses to establish themselves and gain market share in Japan.

Five E-Commerce Trends to Watch Out For This 2023

It was in 1982 when Boston Computer Exchange, the first-ever e-commerce company opened for business. And since then, e-commerce has grown to be one of the most transformative industries on the planet. The industry has been through a lot of trends each and every year, and as we started a new year, let us take a look at some of the trends that will drive e-commerce growth this 2023.

Omnichannel has been a very effective practice to drive sales and achieve success. And while it has been effective for the past years, there is no doubt that this strategy can still be a game changer this 2023. Personalizing customer experience, making sure you have a mobile-friendly website, and offering customer support are just some things to start with.

There are billions of people around the world who use their mobile phones most of the time. And the majority of their time was spent looking for products and services to purchase online. So making sure that your website and its popups are mobile friendly, free of bugs that will make customers lose interest.

Social media has proven that it is one of the most powerful tools that can help brands gain customers. Platforms like Facebook, Twitter, Instagram, and TikTok are some examples of social media platforms that introduce your brand to a wide audience and reach people that would be interested in buying your product.

As we head towards a new year, technology also heads to new heights. One of the results of this innovation is the presence of Artificial Intelligence. AI in the past few years has shown so much potential that can help your business with its day-to-day operations. From chatbots that are available 24/7 to coming up with personalized advertising campaigns, this strategy will surely bring your brand to the top of its game.

Live selling has been a really popular strategy during the pandemic. It made selling possible even in the comfort of your home. And aside from that, it also allowed customers to ask questions and get answers in real-time. This strategy is really helpful when it comes to achieving your entrepreneurial goals, what you need is just confidence, creativity, and hard work to stand out from the crowd.

Who would even argue if someone says that every business’s goal is to grow? No one, right? And for a DTC brand to achieve sustainable growth requires hard work, creativity, and precision. DTC brands have been showing great figures and performance for the past years, success stories here, there, and everywhere are inspiring a lot of entrepreneurs to start a DTC business. The journey would never be easy, but knowing some hacks can do wonders for you, so here are some DTC growth hacks to help you and your DTC business scale.

Hack #1:
Observe which products are purchased a lot together. After that, target people purchasing only one and promote the second product at a great price. This will help boost sales on both products and generate more profit.

Hack #2:
Plan your audience targeting carefully. Optimize running Facebook ads and make sure you exclude audiences you’re already targeting on other ad campaigns so that you avoid being your own competitor.

Hack #3:
Even though you have ads that perform great on Facebook or Google, taking a small amount from your ad budget to advertise on other platforms like TikTok will help in reaching people that are most likely to buy your products that are only present on certain platforms.

Hack #4:
Observe how the content of all media types performs. Video content has been proven to perform better than those photos or text-only content, so putting money on video content would be a great decision to make.

Hack #5:
Watch out for what your competitors are doing. See what kind of content or ads work for them, that generates the most engagement. This will help you get inspired and work on the content that will help your business outperform theirs, and stand out among your competitors.

Hack #6:
Get involved with social media communities. There are a lot of insights and recommendations from these groups of people that will help you better understand your customers. Thus, helps you come up with something that would be of interest to potential customers.

Hack #7:
Making collaborations or hiring an influencer to help promote your products might cost you a lot. But this strategy is worth the investment as it guarantees results and helps in driving more people toward your product or services.