Home / HOW ARE GREAT LEADERS MADE? 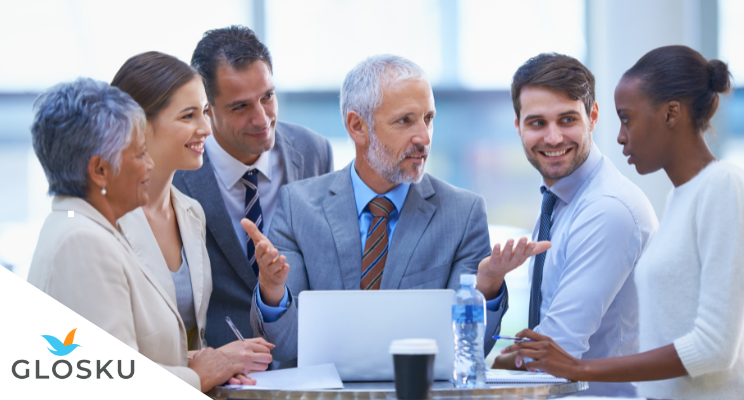 HOW ARE GREAT LEADERS MADE?

Imagine an aircraft without a pilot, flying through the vast skies, above the clouds, and getting battered by the strong winds, wouldn’t that be a scary scenario to be in? Now imagine a world where no one takes charge, no one dares to take the wheel and no one acts as a leader, isn’t it frightening?

For centuries, the world has seen and witnessed leaders throughout the years, names like Cleopatra, Mahatma Gandhi, Queen Victoria, Nelson Mandela, Winston Churchill, and Martin Luther King Jr. have been known and are in the books for a very long time. It can’t be denied that history has seen leaders of different colors, nationalities, and timelines who tried to change the world to be a better place to be in.

Having those names mentioned above, and knowing the significant contributions they have made, have you ever thought about HOW THESE LEADERS ARE MADE?

Authenticity, good communication, open-mindedness, creativity, flexibility, and dependability, are just some of the skills one must possess in order to have smooth and effective leadership, we see leaders with distinctive qualities that help them achieve success. But having those skills is not enough to become a great leader, because being a leader requires more than just being a skilled person.

To be a leader is to have a body that is physically ready for the tiring journey ahead as being a leader is a process and does not happen in an instant. This role requires strength to withstand pressure, the pressure that comes with the position because being a leader is not an easy feat. But being physically ready does not mean that one should overcommit themselves by putting effort into things that are not aligned with their highest or best use. A leader should know how to choose a battle worth fighting.

To be a leader is to have a mind that is mentally prepared for the complexities of responsibilities of being one. As we all know, leading a group of people or an organization does not go the way we wanted it to be, there are situations where a leader’s mental toughness is put to the test. And being mentally ready allows a leader to face dynamic and unpredictable challenges that may arise with style.

And lastly, to be a leader is to have the heart to serve people. While it doesn’t seem like something a leader must do, being a leader who knows how to talk and listen to his or her subordinates make things work. Having a heart also means having emotions where a leader demonstrates that they care and can connect effectively with others. These emotions can help on motivating themselves and their team’s morale to perform better and be at their best.

We often see leaders as someone who is on top of their game, but the journey to that spot does not happen overnight. It took them years, a lot of wounds, failures, sweat, and tears to get there. And that’s what makes a great leader — a leader with a body that endures, a mind that thinks, and a heart for the people around them.

Four of the Greatest Myths About Going DTC

As the DTC model continues to rise, many people are still not convinced that this business model can help them generate more profit. Maybe they’ve got personal reasons why, or maybe they’ve heard of reasons that made them decide not to enter the world of direct-to-consumer. Maybe you have heard of a few, and while some are true, some are just myths and are made to take away the confidence of people who wanted to try going DTC, and here are some to name a few.

Myth: DTC is too complicated

Starting your own DTC business is easier than you might think. The hardest part of starting one is to know your brand. Plans on what to sell, where to sell them, and to whom these products should be sold were the hardest part. But after you get through that, you just need to choose and set different platforms so that you can have good communication with your potential customers.

Fact: Setting up a DTC business can be completed in as early as 4 weeks

The tallest buildings haven’t been constructed in just a few days, even the most fruitful crops didn’t grow in just the blink of an eye. Everything takes time, and so is establishing your own DTC business. But the process won’t take you longer than an eternity. Starting a DTC business won’t take you long, it’s careful planning and careful concept that needs time. After that, the next steps will just make you feel like time is just passing by.

Myth: DTC will not last

Fact: It is not just some kind of trend, because it is here to stay

People often think of the DTC business model as just some sort of trend that will fade away and be forgotten as time goes by. But it won’t. DTC brands have been predicted to continue rising this year, and probably in the succeeding years. Well, it’s of no surprise that this kind of business model will achieve success since it benefits both the retailer and the consumer.

Myth: DTC won’t be competitive in the market

Fact: Of course, it can

Sure small DTC businesses can’t compete with giants such as Amazon and Alibaba, but let’s not underestimate what a great product and an effective marketing strategy can do. It can’t move mountains, but it can move people. Because what a DTC should focus on is quality and not quantity. So making sure that you have a product that would capture the people’s interest and fulfill their needs at the same time, then success is as good as found.

Challenges Every Business Might Face When Selling in China

The Chinese market is one of the most attractive markets for businesses looking for opportunities to grow. But aside from that fact, entering the Chinese market is not easy at all. And as the country’s economy continues to grow, more and more international businesses are looking forward to bringing their products into this huge, opportunity-filled, ever-demanding market of China.

So if you’re someone trying to bring your business to China, then here are some of the challenges you’ll be encountering and need to overcome.

Over the past years, Chinese consumer preferences have been changing, this, together with the changing of consumer habits and buying behavior will pose a significant challenge to businesses that are unable to adapt to this ever-changing market. Because just like everybody else, Chinese consumers are known to change more often and are far more diverse than it once was.

A lot of Chinese companies have been doubling their efforts to improve the quality of the products they produce, this is done to make it more competitive in the international market. This has resulted in increased competition between local companies and international brands within China, as consumers won’t stick to just one company and product to patronize.

One of the major challenges new businesses might face in China is the Chinese consumers’ awareness of brands that are present in the market. They don’t trust brands that easily and they won’t risk venturing into new products over what they used to buy for years.

This would probably top all those challenges as it is considered the international companies’ worst nightmare. Obtaining regulatory requirements in China probably is the hardest thing to do, well at least before entering the market (because there would be a lot more after that.) Foreign brands share the same struggle with laws and regulations in China with most of them saying that it is the required permits and licenses that are giving them a hard time.

It is indeed difficult to enter the Chinese market, but there are people that can help you get through all these challenges. Simplifying the process of bringing your products to the biggest e-commerce market in the world. And this is what we do at GLOSKU, we help businesses sell their products to China. Sell in China effortlessly, just be in charge of the clicks and we’ll do all the leg work.

The Difference Between E-Commerce and Brick-and-Mortar Stores

We may look at both e-commerce and brick-and-mortar stores as channels that don’t have much of a difference. As shoppers, we see these two have more similarities than differences. But that is not the case, because, in reality, there are a lot of differences between these two than selling online or offline.

And here they are, starting with…

Brick-and-mortar stores, on the other hand, sell their products in physical stores, may it be a single outlet or a chain of stores where customers can purchase products personally and have them on the same day.

With the advancement of technology, stores have adapted to various transaction methods. Cash, credit cards, and even e-wallets paying whichever way you want is possible. For e-commerce stores, paying using credit cards and e-wallets are the main methods of payment used.

Brick-and-mortar stores accept cash, which e-commerce stores can’t do. This made it more convenient for customers who don’t have credit cards or even e-wallets to make cashless transactions possible.

A lot of the biggest names in the business industry have already adopted an omnichannel strategy. This is one great advantage of having an e-commerce store as this strategy can be efficiently used. It allows a business to do its advertising online, engage with customers through phone or chat, and accept a wide range of payment methods.

While brick-and-mortar stores can use this strategy, they will still have a hard time effectively deploying this approach as they are limited by a lot of factors.

These are just some of the differences between e-commerce and brick-and-mortar stores which may or may not be true, especially these days since there are already a lot of brick-and-mortar businesses adopting what e-commerce stores do. Merging different strategies to provide a seamless shopping experience for their customers on and offline.

HOW ARE GREAT LEADERS MADE?

We often see leaders as someone who is on top of their game, but the journey to that spot does not happen overnight.